Teachers warned to teach Maths, Science in English before 2010

PUTRAJAYA: Action can be taken against teachers who teach Science and Mathematics totally in Bahasa Malaysia (BM) before the implementation of teaching of the two subjects in both BM and English next year.

The director-general of Education Tan Sri Alimuddin Mohd Dom said that, at the moment, teachers must teach the two subjects in English as the materials used like textbooks and computer software were still in English.

"School principals are entrusted to monitor the situation and warning letters should be issued to the teachers involved," he said in response to complaints from parents that some teachers had started teaching Science and Maths fully in BM.

However, he added, questions for the school tests like the midterm and yearend tests could be set in English or both languages.

Asked why teaching of the two subjects could not be fully conducted in BM next year since both BM and English would also be used from next year, he said the ministry needed some time to get ready the textbooks (18 months) and the software for the language labs in schools. "So, 2012 is a suitable time for the implementation (of the policy of teaching Science and Maths in BM)."

He said parents should not be unduly worried as the examination questions for the two subjects would be in both BM and English until 2016.

On another development, Alimuddin said teachers should monitor their students' condition and those unwell should be referred to the school authorities as a precaution to check the spread of influenza A (H1N1).

He said the ministry had so far spent RM2.6 billion on devices such as thermometers and face masks distributed to schools following the outbreak of the disease.

He added that since the outbreak, about 100 schools had to close temporarily but none for a second time. - Bernama

Pageviews from the past week 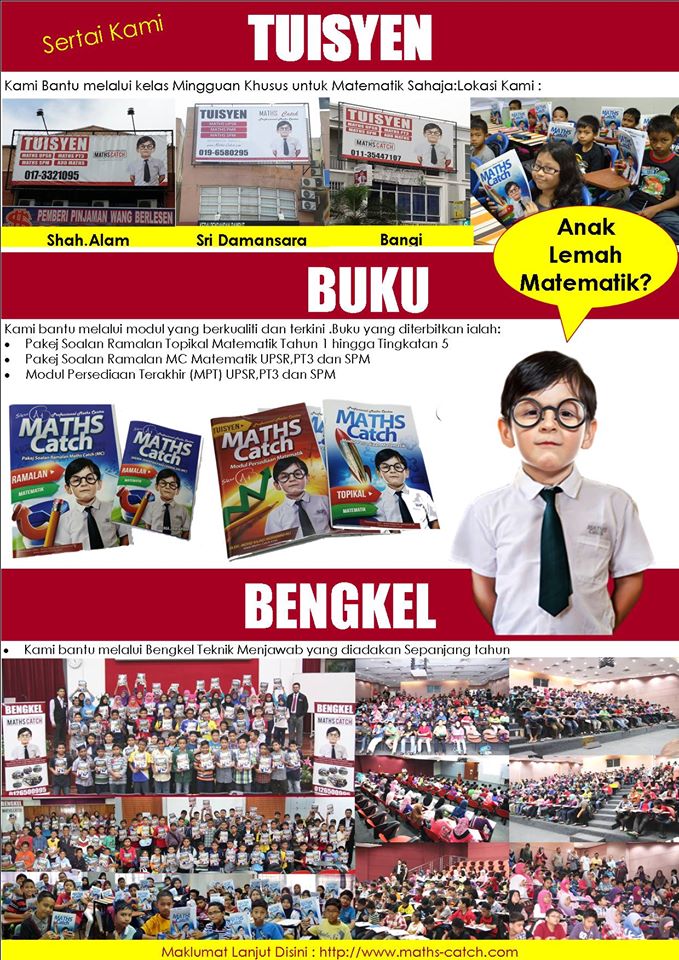